About: He was made human in order to escape death, but in death he was reborn a god. . .

Eleven thousand years ago a god was born. Cursed into the body of a human, Acheron spent a lifetime of shame. However, his human death unleashed an unspeakable horror that almost destroyed the earth. Then, brought back against his will, Acheron became the sole defender of mankind.

Only it was never that simple. For centuries, he has fought for our survival and hidden a past he’ll do anything to keep concealed. Until a lone woman who refuses to be intimidated by him threatens his very existence.

Now his survival, and ours, hinges on hers and old enemies reawaken and unite to kill them both.

War has never been more deadly… or more fun.

NOTE:  I re-read this book and have a different opinion of everything than when I originally posted this review!  This is one of those books that I think is better the 2nd time you read it! 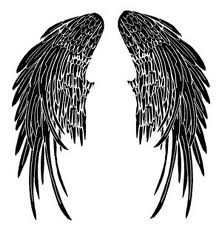 (Original Read) OK I really wish that I could rate this book as two different books (especially since the author even chaptered them where the first part was one story and the second part was another).

(Second Read) I still wish I could divide this review up into two parts.  The first part (which I think is most people’s favorite) would get 3.5 from me and the second part would get a 4.5 from me.  I just enjoyed his happy story much more than the suffering part.

(Original Read)The first part: I really didn’t enjoy this part at all. I understand that we needed to know his back story but I think it was a bit much. I don’t actually mean the abuse he suffered but the length of time she took to tell it. We actually got it half way through and the other half just was like wading through to see if it was going to say anything new. It didn’t and in the end it was just a beat down.   I was with Simi—just let me kill the goddess b*tch already!

(Second Read)The first part:  I think more highly of the first part on the second read through than I did the first.  Oh it is still wildly depressing how badly he was abused but there was tons of information that lends to the whole dark hunter world.  So it is necessary to read this part so you understand just where Ash is coming from when he interacts with Nick later.

(Original Read) The second part: Was actually wildly entertaining. I enjoyed it completely even the part of him getting drunk off Sprite. It was great to see everyone in it and to tie up the story nicely while leaving it wide open to continue.

(Second Read) Is still probably one of my favorite love stories of this series. Tory was just perfect for Ash in so many ways: she loved him, stood up to him, stood beside him, and slapped Artemis for insulting him.  She was brash, brazen, and just strong enough for a god like him!

“Life isn’t finding shelter in the storm. It’s about learning to dance in the rain.
-Zarek”

“It’s easy to look at people and make quick judgments about them, their present and their past, but you’d be amazed at the pain and tears a single smile hides. What a person shows to the world is only one tiny facet of the iceberg hidden from sight. And more often then not, it’s lined with cracks and scars that go all the way to the foundation of their soul.”

“Sure. My ego’s had enough time to recover a modicum of dignity. Let’s make sure we crush it again before i mistake myself for a god. -Acheron”

All that matters to me is the man in front of me right now. (Tory)
I’m not a man, Soteria. (Acheron)
I know. But if you think your godhood excuses you from putting the toilet seat down, think again. (Tory)

I know you all have families who love you so if you want to leave–. (Acheron)
We wouldn’t be here if we didn’t want to. You and Val fought to save my sister when no one else would have bothered. I haven’t forgotten it. (Vane)
And I haven’t forgotten what the Dark-Hunters did for me and Maggie. (Wren)
Yeah, we’re family. Psychotic, bizarre and a hodgepodge of personalities that should probably never be blended, but here we are. Now let’s go kick some ass. (Fury)

No, Simi. No food. (Acheron)
No, Simi. No food. The Simi don’t like this, akri. Katoteros is boring. There’s nothing fun there. Only old dead people who want to come back here. Bleh! (Simi)
Simi…(Acheron)
I hear and obey, arki. The Simi just never said she would do so quietly. (Simi)

5 responses to “Review Repost: Acheron by Sherrilyn Kenyon (For the Peeps competing in Reading with Tequila’s Scavenger Hunt)”