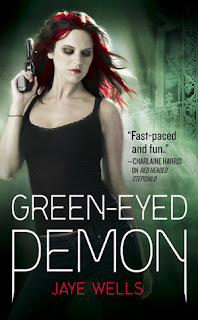 From Goodreads: The clock is ticking for Sabina Kane. She has to save her sister from her mysterious captors. And in order to do that, she has to broker a deal between the mages and the vampires before all hell breaks loose.

But as much as Sabina is focused on surviving the present, the past won’t be ignored. Before she can save those she cares about, she’s got to save herself from the ghosts of her past. Because the past is haunting her. Literally

What I Loved: This will be the 2nd review this week where the rating went up because of a main side character.  In this case it is Giguhl who not only proves once again he is the best darn Minion on the the planet (OK maybe tied with Volusian from Richelle Mead’s Iron Series) but that he should be listened too in most circumstances. He showed not only to be extremely wise and insightful but he managed to do it with the right amount of snark and dead panning.  I have always loved Jaye’s ability to deliver some very good lines but in this book she outdid herself. The 2nd thing I really loved was Sabina learning more about herself!  Not as a half mage/vampire (though she is growing in that aspect too) but as a person.  Her relationship with Adam, the push/pull, really is a great springboard for her introspection whether she wants it or not.  Adam is not weak so she can’t just run over him and I think that above all is exactly what she needs. Add that this book also takes place in New Orleans and involves a Voodoo Drag Queen, I dare you not to have fun reading it!

What I Liked: Some great new editions to the team were added and some old characters popped up in the most unexpected ways.  I was pleasantly surprised that I could really not guess what was going to happen one moment to the next.  There were enough questions answered in this installment that you felt like the story was really springing forward.  It really felt like a new chapter was opening while some closure was happening. Something that I think is needed to keep a series refreshing and fun to read.  Jaye manages to do both in this book!

Why I gave this a 4.5:  I find this to be a very good edition to the series though I will caution it is not stand alone.  You will need to read the other two first.  Also, the action is fast paced.  I like that this far into the series so that moved it from a 4 to 4.5.

Who I would recommend this too: Urban Fantasy readers.  Many of you know that UF isn’t my favorite but this is one of the few series that I would recommend whole-heartily!  Sabina is a great conflicted character and Giguhl is enough reason alone to read the series. 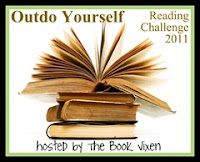