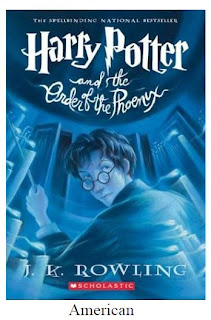 About: There is a door at the end of a silent corridor. And it’s haunting Harry Potter’s dreams. Why else would he be waking in the middle of the night, screaming in terror?

Here are just a few things on Harry’s mind:
*A Defense Against the Dark Arts teacher with a personality like poisoned honey
*A venomous, disgruntled house-elf
*Ron as keeper of the Gryffindor Quidditch team
*The looming terror of the end-of-term Ordinary Wizarding Level exams

…and of course, the growing threat of He-Who-Must-Not-Be-Named. In the richest installment yet of J.K. Rowling’s seven-part story, Harry Potter is faced with the unreliability of the very government of the magical world and the impotence of the authorities at Hogwarts.

Despite this (or perhaps because of it), he finds depth and strength in his friends, beyond what even he knew; boundless loyalty; and unbearable sacrifice.

Though thick runs the plot (as well as the spine), readers will race through these pages and leave Hogwarts, like Harry, wishing only for the next train back. 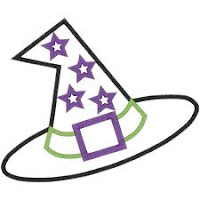 NOTE: June 26, 2011 marks my “Gosh I don’t know how many times I have read this book” annual Re-Read!  I will be changing all my ratings of this series to 5 because I have come to the conclusion that if I can re-read them this many times they are worthy of a 5!

What I Loved:  I loved the introduction of the new characters that will mean so much in the books to come. Specifically Luna, she has to be one of my favorite characters of the series.  The scene between her and Harry near the end really makes me tear up. It was great to get more Lupin, Moody, and Sirius.  Plus, this was the first book where things really got serious for everyone.  The interactions between the students was a delight.  Though, and I can’t say this enough, the twins really stole the show!  Umbridge was a great foil and I think made the Weasley Twins SHINE!

Just a note:  This is my favorite book in the series because it shows some real growing up by most of the characters.  Harry was my least favorite in this book as I felt he was a spoiled brat—from the moment Ron got Prefect till the very end.  However, I think this is a true representation of how he would be–if you were used to being the center of attention, being the best (even with good intentions), you don’t like to give that up.  Plus, 15 is a hard age.  I think Ron and Hermoine though both grew by leaps and bounds!